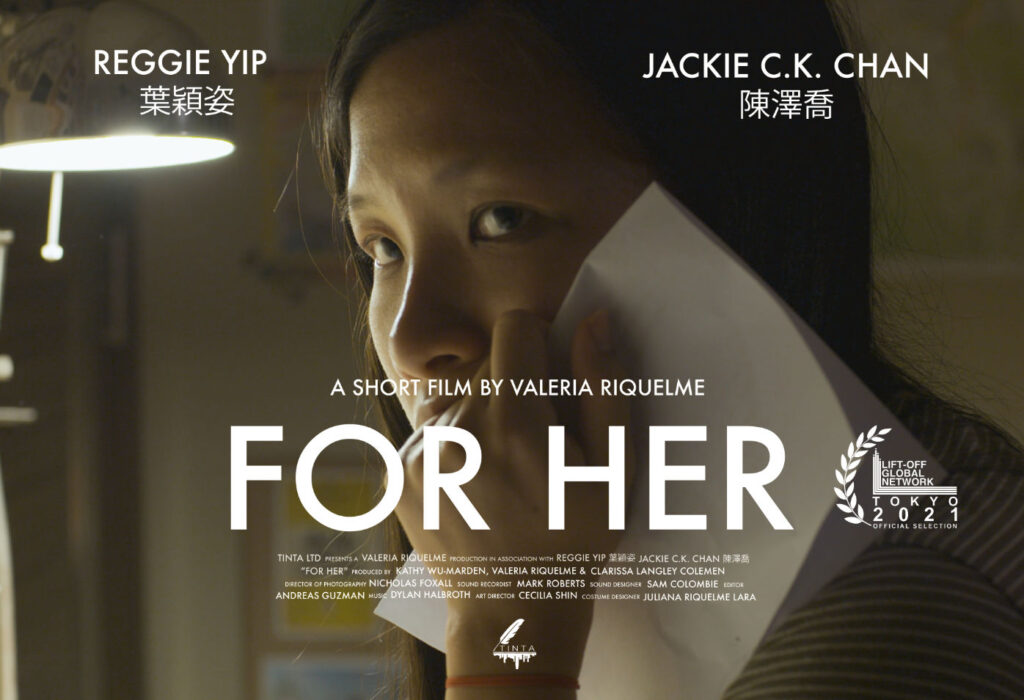 For Her is a short film by young and upcoming filmmaker, Valeria Riquelme. Just 6 minutes long, the film delivers a powerful message around rape, and the affect not only on the victims, but also those who might vicariously bear witness such abuse, and how to deal with it.

Nick was Director of Photography and principal camera on the film, which was shot over 2 weekends in October, 2020.

For Her had its premiere in Hong Kong on the 17th July, 2021, and has gone on to be an Official Selection and winner of the Audience Choice Award at the Tokyo Lift-off Film Festival, and Honourable Mention at the London International Monthly Film Festival.